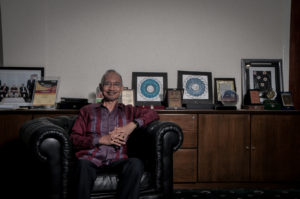 Professor Dr. Wan Mohd Nor Wan Daud is the founder of Centre for Advanced Studies on Islam, Science and Civilisation (CASIS), Universiti Teknologi Malaysia. After obtaining his doctorate from the University of Chicago under the late Fazlur Rahman in 1988, he was invited by Syed Muhammad Naquib al-Attas to assist him at the newly established International Institute of Islamic Thought and Civilization (ISTAC) in all the formal and non-formal academic development including library, publication, and student affairs. From 1998-2002 he served as the Deputy Director of ISTAC. From 2008 to February 2011 he served as Principal Research Fellow at the Institute of the Malay World and Civilisation (ATMA), Universiti Kebangsaan Malaysia. Professor Wan Mohd Nor has written more than 15 books and monographs as well as more than 40 academic articles in local and international journals, of which the major ones are: The Concept of Knowledge in Islam: Its Implication for Education in a Developing Country (1989); A Commentary on the Culture of Knowledge (Malay) (1990); The Educational Philosophy and Practice of Syed Muhammad Naquib al-Attas: An Exposition of the Original Concept of Islamization (1998); Development in Malaysia: Towards a Holistic Understanding (Malay) (2000); 2 books of philosophical-mystical Malay poetry (2003 and 2004); Hadhari Muslim Society: An Epistemological and Educational Approach Towards National Unity (Malay) (2006); a book co-authored with Syed Muhammad Naquib al-Attas, The ICLIF Leadership Competency Model: An Islamic Alternative (2007); a book co-edited with Muhammad Zainiy Uthman, Knowledge, Language, Thought and The Civilization of Islam: Essays in Honor of Syed Muhammad Naquib al-Attas (UTM, 2010). Several of his books, articles, and monographs have been translated into Malay, Indonesian, Turkish, Japanese, Persian, Russian, Bosnian and Macedonian. 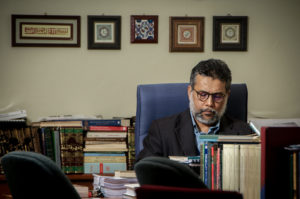 Professor Dr. Muhammad Zainiy Uthman obtained his B.Sc. (1986) from the University of Wisconsin-Madison (U.S.A.). After having completed his M.A. (1990) from the University of Chicago, he joined International Institute of Islamic Thought and Civilization (ISTAC) in 1991 as Junior Research Fellow at the invitation of Professor al-Attas. Upon the completion of his Ph.D. at ISTAC in 1997, he served as Research Fellow, then Senior Research Fellow. He was Associate Professor and Curator of ISTAC Library from 2002-2003 and was awarded the British Chevening Fellowship (2003-2004) where he spent an academic year at the Oxford Centre for Islamic Studies. In 2005-2006 he returned to Oxford as Visiting Fellow at the same centre. He translated al-Attas’ “The Meaning and Experience of Happiness in Islam” into Malay (ISTAC, 2002). With Wan Mohd Nor Wan Daud he co-edited a book entitled Knowledge, Language, Thought and The Civilization of Islam: Essays in Honor of Syed Muhammad Naquib al-Attas (UTM, 2010). 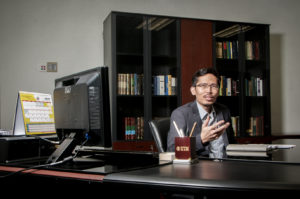 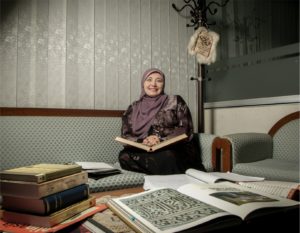 Professor Dr. Tatiana A. Denisova is a Professor at CASIS from Moscow, Russia. She obtained a tertiary education at Saint Petersburg State University and succeeded in obtaining Ph.D. in history, leading to historiography and review of sources in the history of Islam. She was Division Head of Research into Sources in History of Islam at the Russian Academy of Sciences, Institute of Oriental Studies. She once served as a lecturer at Institute of Asian & African Studies, Moscow State University up till 2006. She also served in Malaysia as Visiting Researcher (till 2003) and Visiting Scholar and Visiting Laureate (till 2006) at Dewan Bahasa dan Pustaka (DBP), Kuala Lumpur. Later, she served as Visiting Laureate (till 2008) at the National Library of Malaysia. For more than 5 years, she served as a Visiting Associate Professor at the Department of Islamic History and Civilization, Academy of Islamic Studies, University of Malaya. She has produced many academic works. Her published materials cover more than 50 titles, about the history of the propagation of Islam in the Malay world; Malay-Islamic historical sources and their research methodologies; Malay literary heritage and others. 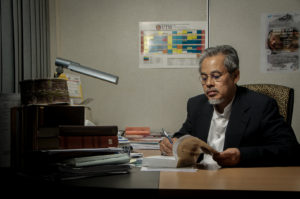 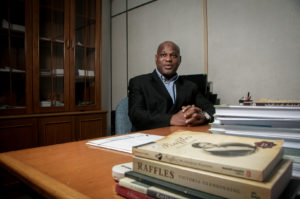 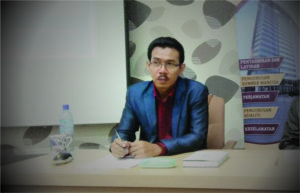 Associate Professor Dr. Wan Azhar Wan Ahmad was a law graduate (LLB) from the International Islamic University Malaysia (IIUM, 1992) and was awarded with M.A. in 1996 from ISTAC IIUM and later completed his Ph.D. in 2006 with his dissertation, “The Place of Reason vis-à-vis Revelation in Imam al-Haramayn al-Juwayni’s Legal Theory: A Symbiosis between Kalam and Usul al-Fiqh.” He was the Director of the Centre for the Study of Syariah, Law, and Politics (SYARAK) at IKIM till 2014. He is currently a Shariah Adviser of the Standard Chartered Saadiq Bhd since 2012; a member of the Association of Syariah Advisers of Kuala Lumpur and Selangor (ASAS); a Panel Assessor for the Malaysian Qualifications Agency (MQA) since 2011 and a member of the Editorial Management Committee, TAFHIM: IKIM Journal of Islam and Contemporary World since 2011. 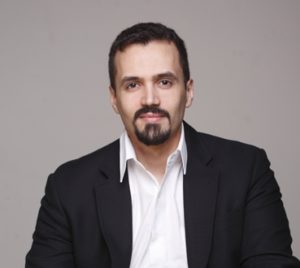 Dr. H.A Hellyer focuses on politics, religion, and security studies in the West and the Arab world. He is a non-resident Senior Fellow at the RH Centre for the Middle East at the Atlantic Council in DC and Associate Fellow in International Security Studies at the Royal United Services Institute in London. He leads the Religion and Human Rights project at the Atlantic Council, supported by the Carnegie Foundation in New York, and is included in the annual global list of ‘The 500 Most Influential Muslims’ in the world (‘The Muslim 500’). His insights on current events in the Arab World, Europe, and Muslim communities worldwide are regularly sought by the international media networks such as CNN and the BBC, with several hundred op-eds for publications like the Washington Post, Foreign Policy, the New York Times, the Guardian, Mada Masr, the Globe and Mail, the National, al-Jazeera and Daily News Egypt.

Dr. Hellyer was previously non-resident Fellow at the Centre for Middle East Policy at the Brookings Institution in DC and Research Associate at the JFK School of Government at Harvard University.  He also served as the first Arab world-based Senior Practice Consultant at the Gallup Organisation, where he analyzed public opinion data in a variety of countries in the Arab world and the West. During his tenure at the University of Warwick (UK) as Fellow & then Senior Research Fellow, he was appointed as Deputy Convenor of the UK Government’s Taskforce for the 2005 London bombings, and served as the Foreign & Commonwealth Office’s first Economic and Social Research Council Fellow as part of the ‘Islam’ & ‘Counter-Terrorism’ teams.

Alongside his analytical career, Dr. Hellyer has had academic attachments at noted institutions including the University of Warwick, the American University in Cairo, and the Oxford Centre for Islamic Studies of the University of Oxford, where he authored several books and monographs & has contributed more than 25 book chapters and journal articles to various presses. Recent books and monographs include “Muslims of Europe: the ‘Other’ Europeans” for Edinburgh University Press, “Engagement with the Muslim Community & Counter-Terrorism: British Lessons for the West” for Brookings Institution Press and “A Revolution Undone: Egypt’s Road Beyond Revolt” for Oxford University Press and Hurst & Company. His next book, “A Sublime Path”, is to be released early in 2018, and examines the Sufi order of the Meccan polymath, Sayyid Muhammad bin ‘Alawi al-Maliki, co-written with two of al-Maliki’s most noted students.